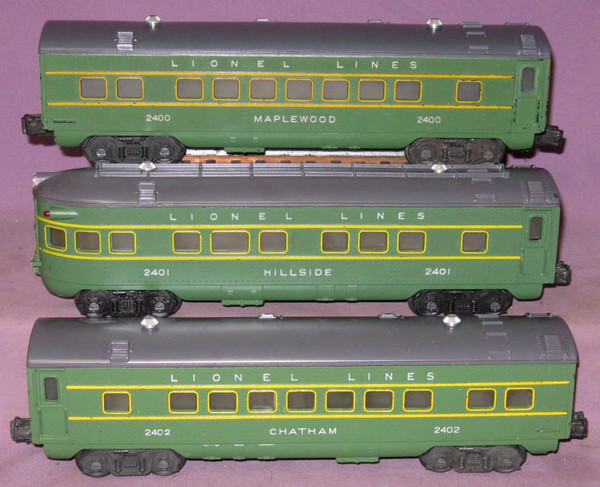 Now available for sale is a clean, all-original set of the popular green and yellow passenger cars from the 1948 / 1949 era. This streamlined passenger set consists of a Maplewood pullman, Chatham pullman and a Hillside observation car. Each passenger car has been re-wired and all of the lights operate properly, the trucks and couplers are complete and there is no rust on the interior nor exterior. The exterior green is bright and the side lettering is crisp and complete. Overall, a very respectable set of passenger cars that generally appear for sale in poor condition. The following is a summary of each passenger car: